So what have we been doing this week?
We did the Teddy bear workshop, went out for a family meal as Harry my grandson was 18 and then went to a gaming place with friends to play some older vintage retro games. So was a fun week. Plus got myself another Canon G12 camera, then realised I had bid on another one a few days before and I also won that one as well. It made me smile, then balloon wise I made a motor bike after seeing a classic five balloon design that first came out around 1993. So was some 28 years old, so the original 5 balloon bike became a 10 balloon bike by the time I added lights and an engine to the design. I was also playing with a line work racing car and then on my Facebook page a racing car came up that I had made from seven years ago, a little spooky.
I posted the Racing Cars on a thread on Balloon Chat, Racing Cars.

I have been having work done on my website and got the bad news that it looks like nothing can be saved from the old site as it was last updated back in 2015 and things have moved on since then. Fingers crossed they can extract all the users and product details otherwise its going to be a challenge sorting out. They will tell me the good or bad news in a couple of days so fingers crossed.

We have two more Zoom online balloon workshops booked in, this Tuesday 24th Aug it’s the Train that looks like Thomas and then next Tuesday 31st its the Unicorn design where I think people are interested in the way we made the horn for the Unicorn. If you would like to book, Zoom Workshops.

We have also booked for the first time in 18 months a live balloon workshop get together, really looking forward to this. It’s in Halesowen on Tuesday 12th Oct with four members of the Balloon Artistes Guild running four workshops throughout the day plus a couple of fun competitions that you can join in with if you would like to. The day is just £15 to attend as we are hoping to get a few coming along and meeting up in person for the first time in ages. Halesowen Workshop.

That’s me for this week then, off to find the random balloon picture of the week.
I went with the retro motor bike that has its origins from way back in 1993. 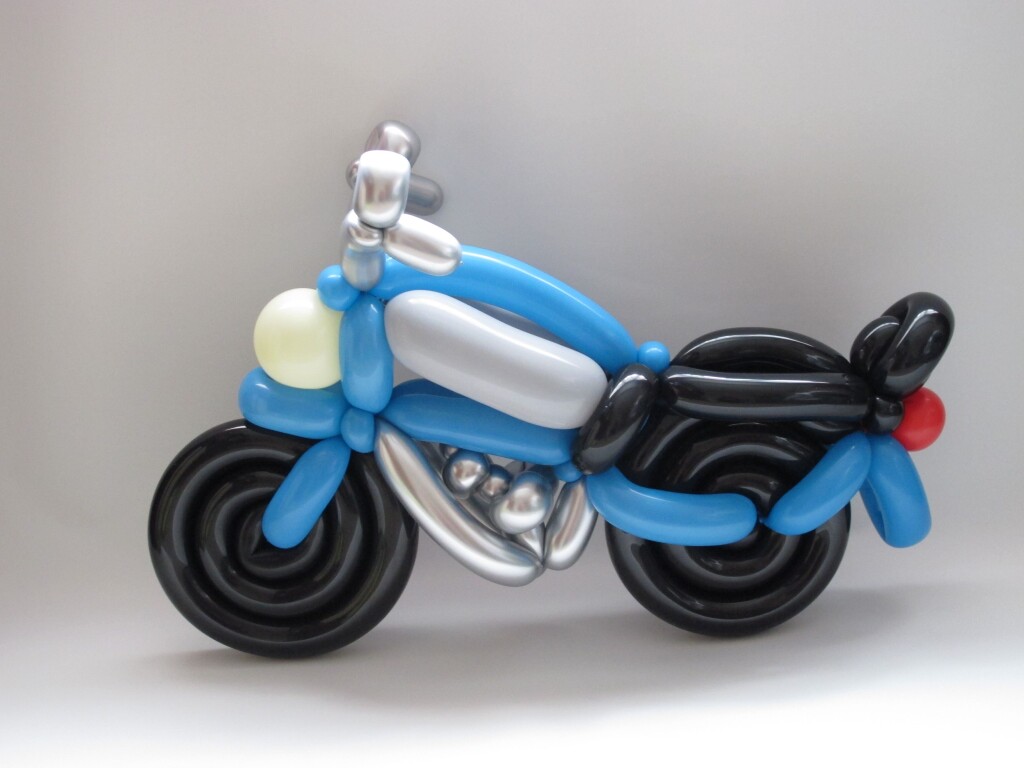