So after making the sports car last week, all the pictures are now up for this, Sports Car.

I then went and re-vamped my Formula One racing car that I made back in 2012, some nine years ago now. I posted a couple of pictures from the updated version, Racing Car.

There is the step by step tutorial here on Balloon Chat for the older design which might help you work out the newer style. Old Racing Car 2012.

I did some more filming for BalloonTube yesterday, the plan was to make just four designs but all went not to bad and we ended up with a fifth design as well. So all filmed and ready to be edited are the Motor Bike, Lizard, Digger, Love Heart and the Rose. To view all the other tutorials this is the link, BalloonTube.

All the balloon weaved numbers are finished now, the problem I have is how to promote them, I have so many variations on a theme with the numbers and the styles. We have done three workshops on the number one design and it takes 90 minutes to explain so if we make all ten numbers it must be over 10 hours filming at least. Perhaps I need to film them individually and sell them individually as well. If people were to see the first four numbers then I think the rest they would be able to work out from these. I will have a ponder and see what might be the best thing to do is.

Right, off to find the random balloon picture of the week.
I went with Mario and Luigi that I made back in June 2020, there are
a few more pictures of them here on Balloon Chat, Mario and Luigi. 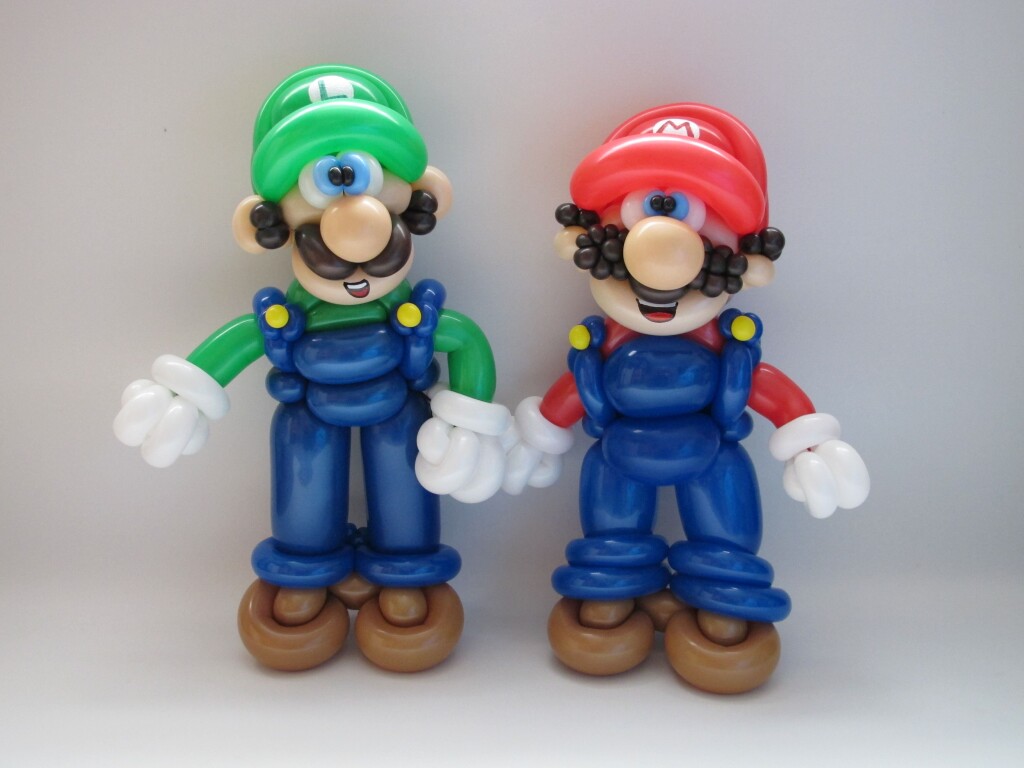