Oops again, I missed last week. I must try harder, I think I realised on Tuesday so could have posted something late but I like the idea of posting on a Sunday. Well for me it’s been a busy few days entertaining, three days on the trot and all balloon modelling except for a 25 minute magic show. Friday night I was at the press launch for the new Pandamonium animated show at Chessington world of adventures.
I was just making? yes you guessed it Panda’s.

Then covering for Jay down in Chichester, a long drive but the Sat Nav took me the scenic route and it was really nice going cross country and a fab time balloon modelling, sometimes things just fall into place and this was one of those days.

Then today up in Belgravia, near Hyde Park for a Jewish festival, 90 minutes of balloon modelling and a 25 minute magic show. I went up on the tube and put my PA speaker on top of my balloon art2go bag, it was a struggle but we made it and the show is so much better with a microphone.

Simon Jong and Rob Driscoll were both excellent at the last two day Balloon Artistes Guild workshop days, I’m adding pictures to the forum with still more to add over the coming week. Here is the link if you would like to view. Pictures.

So last week we made a balloon wall with a magician and rabbit on the front, this was for the Surrey Society of Magicians 25th anniversary meal, Thelma Levett came down and helped with the design and structure build.
There is a thread with plenty of pictures of the design being made, Magic Wall.

I have to redo my YouTube video’s this week as the originals we had the main centre room light on and it reflected badly onto my glass’s so Lord G has asked me to re-make the eight I made back in January. We were hoping to have these all up and running weeks ago but those that know me……………well sometimes things take a little while. Like my how to balloon magic DVD which I have been promising since 2007.
I will get around to recording it……honest, I will.

So that is me for this week, I expect I will post a picture of the balloon wall, unless something else takes my fancy when looking, be right back, don’t go away. I added the new plane design that I’m rather fond of, came up with this design at the London balloon jam after making a rocket or two back in Dec, guess what? There is a thread on balloon chat about how the rocket turned into this fighter plane, this is the link, Plane Pictures. A good reason why people should attend a balloon jam or two………..or even three or more. 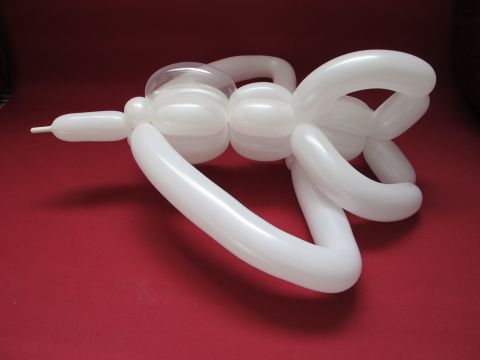